skip to main | skip to sidebar

"Just What the Doctor Ordered" 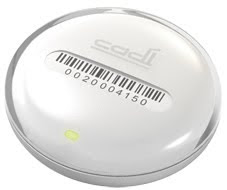 THE outbreak of H1N1 flu has brought in huge orders for Cadi Scientific's consumer thermometer. And interest in the company's signature SmartSense wireless temperature and location tracking system is also up, with queries rolling in from hospitals from as far as Italy and Saudi Arabia.But the company, which specialises in wireless sensing for healthcare needs, was not so lucky when it first started out in 2003. It was one step too late to leverage on the demand spurt arising from the Sars outbreak. The negative market sentiment then and the 9/11 attacks dealt Cadi a double whammy. Hard pressed for investors, Cadi eventually landed NUS venture support, which provided it with $300,000 seed money. This was matched, dollar for dollar, by an Economic Development Board scheme, now dubbed Startup Enterprise Development Scheme under Spring Singapore. These funds started Cadi on developing its trademark product - SmartSense, which gives hospitals automated patient temperature monitoring and location tracking. Patients wearing registered sensors - which weigh less than 10g each - on their abdomens have their temperatures taken at regular intervals. The information will then be transmitted wirelessly to receivers, allowing the patients' real time temperature and location to be monitered easily by doctors and nurses from their workstations. 'We find that nursing shortage is a global phenomenon that will worsen as years go by,' says Zenton Goh, chief executive officer.
'Also, we figured that consumer electronics is not suitable for us because of its short life cycle, and chose healthcare, where we can spend a lot of time to get a deep understanding of the market.' The niche that they picked has turned out to be a bonanza, as the company now rakes in multimillion dollars of revenue yearly and employs over 40 people. Sales jumped 60 per cent in 2008 and the company is looking to double that figure this year. To this end, the H1N1 flu outbreak has helped to drive Cadi's business. The company is now 'in serious talks' with many hospitals overseas, after receiving cold calls from hospital management in countries such as Italy and Spain, says Mr Goh. Cadi's overseas footprint can also be found in Malaysia, where it recently set up its first subsidiary. The company already has three hospital deployments there, with more in progress. Another important market for Cadi is China, where it is considering the setting up of its second subsidiary. 'China has more than 10,000 county-level hospitals and this is a huge market for us. Moreover, China's economy is progressing well despite the economy downturn, and the Chinese government has set aside a huge budget for healthcare,' explains Mr Goh.